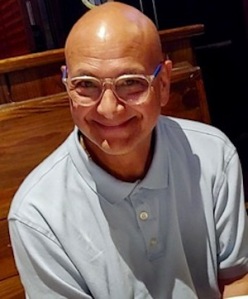 Michael began writing in the theatre at Ramapo College in New Jersey, where he received a Fine Arts Degree and had several of his plays performed. In 2010, his play, Into The Torrent Sea, was performed at the Hollywood Fringe Festival in Los Angeles, Ca. Having spent the last several decades traveling, drumming, fishing, and perfecting breakfast dishes, he now puts all his effort into novel writing. Michael resides in southeast Florida, writing and polishing his manuscripts. He writes as M. E. Marino and is presently querying his debut novel, The Footsteps Forged.